With over 1150 square feet of living space, this wonderful 3 bedroom townhome checks all of the boxes!

The main level features an open concept floor plan with large windows allowing for plenty of natural light. The spacious kitchen overlooks the living and dining rooms and features modern white cabinetry with black hardware, stainless steel appliances, lots of storage and ample counter space. The living and dining rooms are generous in size with impressive views of the downtown skyline. This space is ideal for entertaining or for enjoying some quality time with the family!

For added convenience, the main floor also includes a front hall closet, a powder room and a walk-out to the front patio for summer barbequing!

The second level includes 2 spacious bedrooms and a nicely appointed 4-piece washroom. The primary bedroom has a large west facing window and plenty of storage in the built-in closets.

The third level features a fantastic flex space which can be used as a bedroom, a home office or as a family room depending on your needs. There is another built-in closet and laundry as well as a walk-out to the impressive west facing rooftop terrace. Perfect for relaxing with friends as you take in the sunsets over the downtown skyline.

Parking and a locker are included! Just move in and enjoy everything that this wonderful residence has to offer!

For more photos and info, check out 2FrancesLoring.com 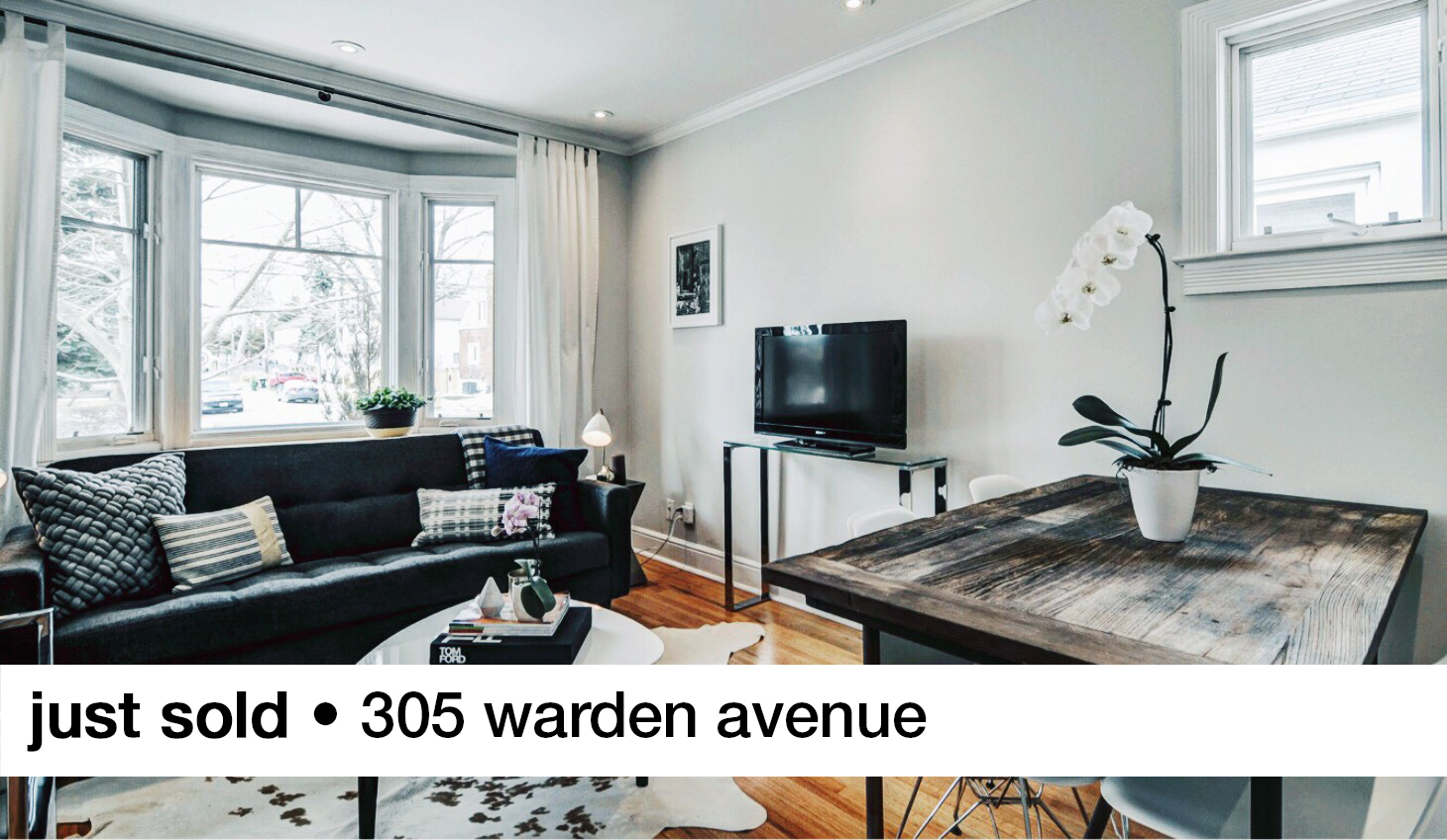 The kitchen is stunning with warmly hued modern cabinetry, stainless steel appliances including a gas stove, an island with added storage and attractive granite counter tops. All so very comfortable and inviting.

Both bedrooms on the main level of 305 Warden Ave are bright and spacious with hardwood floors, plenty of closet space and large windows overlooking the deck and garden. The master is beautifully appointed and with a large skylight, it is filled with sunlight. There is a 4 piece washroom on this level with a charming claw foot soaker tub.

The lower level of the home includes a large recreation area, a delightful kitchen, another bedroom and a trendy 3 piece washroom. There is also laundry and storage on this level. It is truly an ideal space for whatever your needs may be, perhaps a media and a guest or in-law suite!

The large backyard has a nice deck for entertaining, lots of space for the inspired gardener, or a great family play area. There is also a good-sized storage shed.

With ample parking in the private drive there is the excellent advantage of a detached garage! 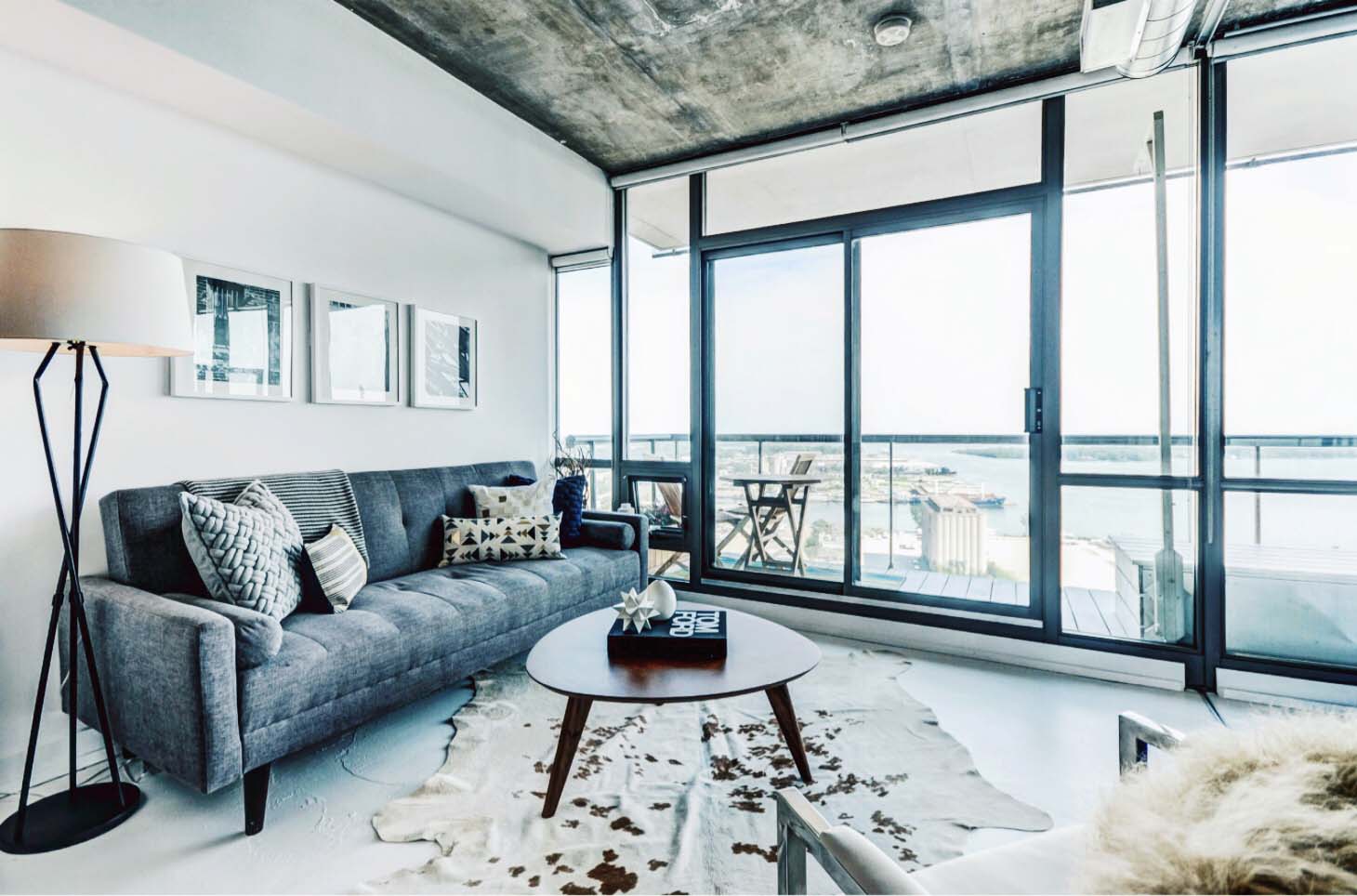 Those averages don’t include parking or storage lockers, which would up the monthly cost by $46.22 and $15.15 a month, respectively, says the study.

“If you’re paying for these elements separately, the total monthly costs could be much higher than if they were included in the maintenance fees,” says the report.

Last year’s lower increase is probably due to the number of new condos on the market. Newer buildings tend to have lower fees, says Andrew Harrild, company co-founder. (Pre-construction condos were not included in the study.)

It doesn’t reduce the dread he hears every day from buyers who don’t want to pay that monthly fee.

“After your mortgage, it’s typically your next biggest expense. It’s a big issue,” he said.

But it doesn’t need to be scary.

“There are some great buildings out there that have been around for 20 or 30 years and still have maintenance fees under control,” he said.

The maintenance costs should rise annually at about the rate of inflation, but they should also reflect the true cost of operating and maintaining a building.

A lot of buyers look for lower maintenance fees so they can allocate more of their budget to their mortgage. But in some cases the cost of a unit may be discounted because the maintenance fees are higher.

“Buildings with higher maintenance fees don’t often sell for the same price per square foot. You have to do the math,” said Harrild.

The average price of a new construction condo in the Toronto area last year rose 42.6 per cent to $702,992, from $493,137 at the end of 2016, according to the Building Industry and Land Development Association (BILD).

The province also introduced new rules last year that require condo board members to take online training in areas such as avoiding conflicts of interest in purchasing decisions. Ontario also launched a new online tribunal to deal with condo disputes and new rules around mandatory meeting notices, voting and disclosures.

Those changes were expected to add $12 a year to the fees per condo unit, the government said in July.

Harrild advises buyers to always bear in mind the true cost of operating the building.

Good condo managers will make sure the reserve is healthy enough to fund major repairs so that residents aren’t hit with expensive special assessments down the line.

Sometimes condo boards will opt for higher fees for the first few years of a building’s life to build up a healthy reserve fund and then they will be able to reduce the costs for unit owners. The Toy Factory Lofts decreased fees 30 per cent between 2011 and 2012. Success Tower, reduced its fees 13 per cent from 2015 to 2016 and Minto 775 saw a drop of 19 per cent between 2015 and 2017.

At the Toy Factory, the board went through every line of the budget and cut costs wherever possible, right down to more energy efficient lighting and lowering the thermostat a couple of degrees in common areas where possible, said Harrild.

Size of building can matter too, when it comes to condo fees. If two buildings have a similar footprint, repairing the roof will likely cost about the same whether one has 40 or 14 storeys.

But the cost of repairing and maintaining common elements indoors can be distributed among more residents if there are more units. At the same time, those common features are probably going to experience more wear and tear in a bigger building simply because more people are using them. 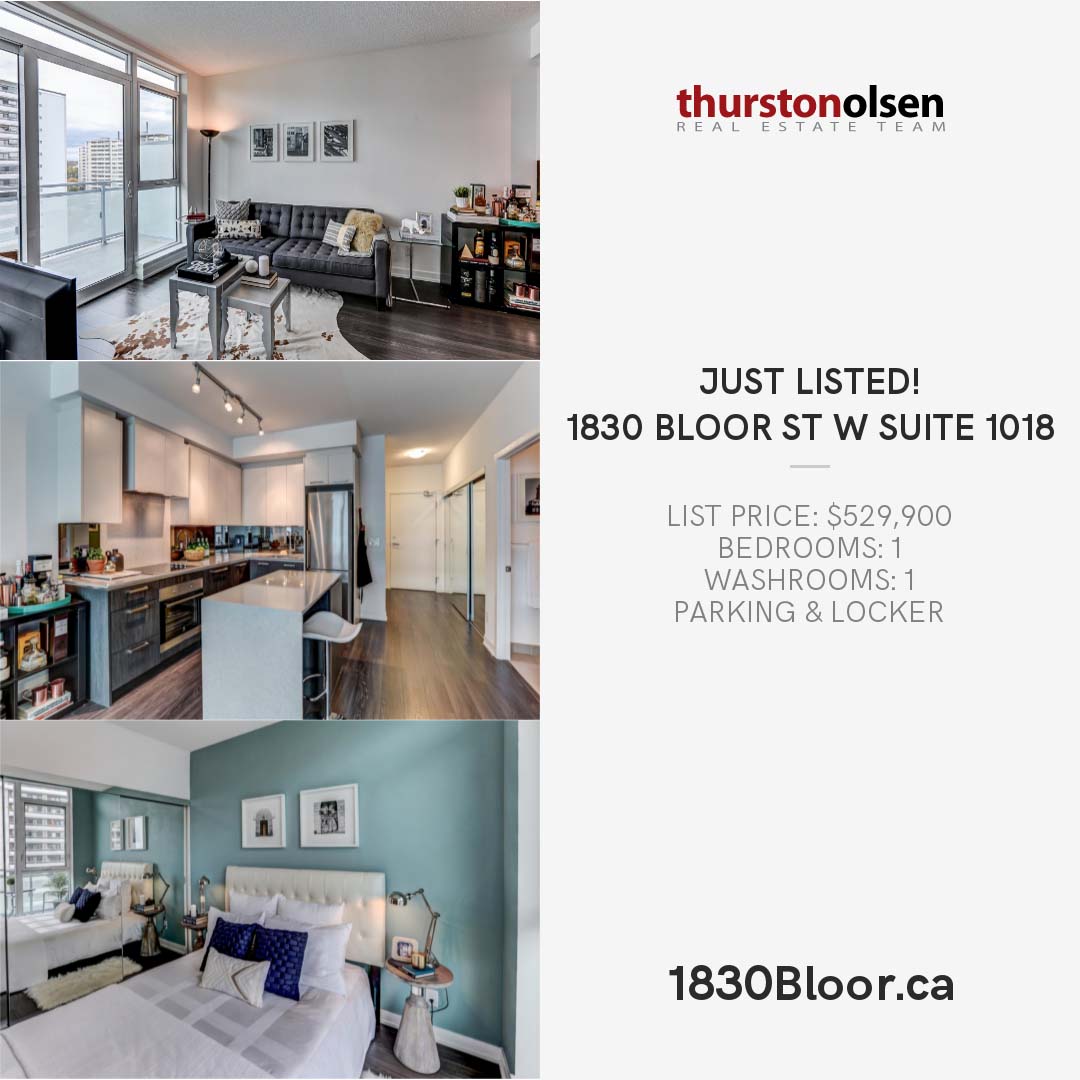 Welcome to Suite 1018 at The HighPark Condominiums by Daniels!

Upon entering the suite you are immediately impressed by the open and airy floor plan, the attention to detail and the quality of finishes.

The living room is filled with natural light with floor to ceiling windows and a walk out to the large balcony. The entire suite features Vancouver Oak Premium laminate throughout.

The spacious den is ideal for a home office and could also be used as a media room to suit your needs.

The 4 piece washroom is lovely featuring graphite matte cabinetry and grey polished tiles throughout as well as a bright white medicine cabinet with additional built in shelving.

The master bedroom is absolutely stunning with ample natural light! Floor to ceiling windows and a wall to wall closet with mirrored sliding doors enhance this room perfectly.

The outdoor space is incredible! The large balcony extends the entire width of the suite and there is enough space for an outdoor dining area.

Situated on the same level as the impressive 10th floor roof top terrace, you can enjoy barbequing and taking in views of High Park and the downtown Toronto skyline with ease. 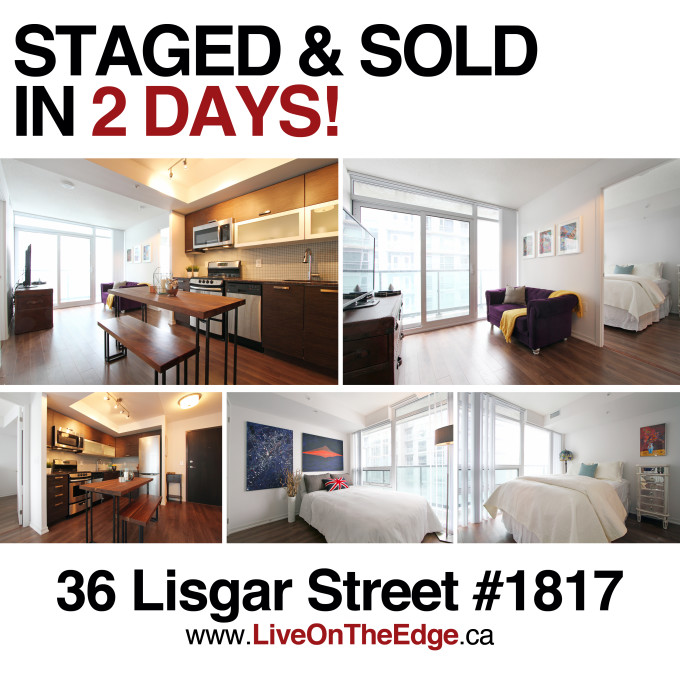