7 things about Airbnb that no one tells you

With rent continuing to rise in Toronto, it’s never been a better time to fill that basement apartment. For those of us who don’t have separate units, there is still opportunity to make a little extra cash by renting out your place while you’re away, or even a spare room or couch through Airbnb. Here’s 7 tips that no one ever tells you about being an Airbnb host from Apartment Therapy: 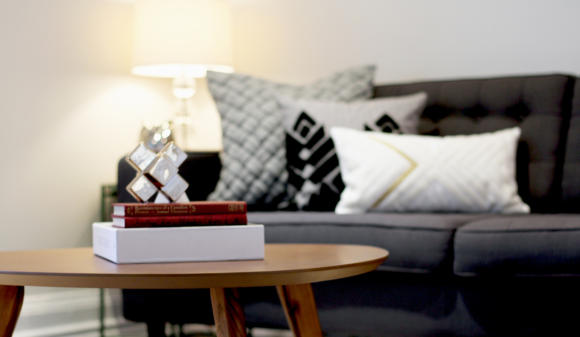 1. You will have to “neutralize” your pad.

This means clearing out all of the personal items and then some, says Mariana Leung-Weinstein, who has been hosting guests for over a year at Wicked Finch Farm, a property she and her husband inherited in Pawling, New York.

“Most people think they can just open up any home and make it into a rental, but it took more time than I ever imagined,” she says. “You want it to have some personality but not enough to be off-putting or for guests to feel like they are crashing at a stranger’s home.”

For Leung-Weinstein, this meant sweeping the house for anything that could be deemed “creepy.” “Weirdly, that meant surveying any decor items, figurines, or artwork that looked like they had big eyes or strange faces,” she says. “This was one thing I never anticipated.”

2. Plan for tons of paperwork and price wars

This includes scheduling, check-in logistics, shopping for the best homeowners insurance, and organizing your taxes, says Lindsey Smith, who has been a host at this Pittsburgh property since 2014.

“A lot of people don’t want to talk about money when it comes to hosting, but it’s super important,” she says. “It’s pretty frustrating when other hosts drop their prices super-low to be competitive or when people try to haggle a price.”

Prices can—and should fluctuate—but Smith says that many times, it feels like the market devalues how much time and money it costs to operate an Airbnb.

“This still surprises me,” Smith says of the sheets, lamps, and games that have disappeared from her Airbnb over the years. “I usually assume it’s because an accident happened and the person is afraid to say anything, but honestly, I’d rather know than to find out later that an item is gone.”

It’s not always intentional. “Forks and spoons disappear the most probably because people take them for snacks,” says Felipe Cabrera, who manages seven properties on Airbnb (four in Peru and three in San Francisco).

This ends up meaning that Cabrera buys a new set of six forks and spoons every three to four months per apartment. But sometimes it’s not just the cheap stuff that get taken: “We also had a nice set of steak knives disappear and learned our lesson not to provide anything fancy in that category,” he says.

“This prevents us from getting requests for more towels,” he says. “We use nice cushy towels, the ones that make you feel good in the morning.”

Still, those get worn out very fast since they have to be washed after every guest. Since there are many days when guests check out at 11 a.m. and new guests arrive at 3 p.m., that leaves no time for laundry, so Cabrera needs more available as back-up. On average, Cabrera says he buys three new towels every month for his bigger property (which sleeps eight) and three new towels every two to three months for the small apartments.

“This is the only way we can manage this at scale,” he says.

If you’re planning on opening a family-friendly Airbnb property, take note of Karen Akpan’s experiences when she rents out her L.A. home.

“We have a big home and our goal is to accommodate families,” says Akpan, who blogs at The Mom Trotter. “This means lots of kids and me constantly painting the walls, especially due to the lingering fingerprints!”

6. Consider toiletry purchasing to be a balancing act

Determining the right amount of toiletries to offer guests has been something of an experiment, says Leung-Weinstein.

“I want to make sure that guests have enough amenities to enjoy throughout their stay, but not leave the bulk of supplies for guests to raid and take home,” she says. “In addition to items like shampoo, conditioner and soap, I like to also supply sheet masks and makeup remover as lots of girlfriend getaways get booked at our property. It has been interesting trying to figure out how many items to offer.”

7. You may have to deal with partiers

Cabrera says he used to have guests using his properties for parties at least once a month—until one very bad guest experience.

“We weren’t around to check on the place and it turned out that this person hosted a birthday party with 50-plus people at our house, much to the chagrin of our neighbors,” he says. “They tried to clean up afterwards but still left the biggest mess we’ve ever seen. Their guests went into private areas of the house, snooped around in our garage and stole a few expensive bottles of alcohol from the cellar.”

Because of this, he had to update his house rules and welcome messages to make it very clear that parties and larger gatherings aren’t permitted.

Still thinking about jumping in? If you live in a condo, be sure to check out the rules and regulations on short term rentals. Owning a freehold property will provide you with more flexibility, but do you due diligence to ensure you’re thoroughly covered and know what you’re getting into.