How To Furnish Your First Home On A Tight Budget 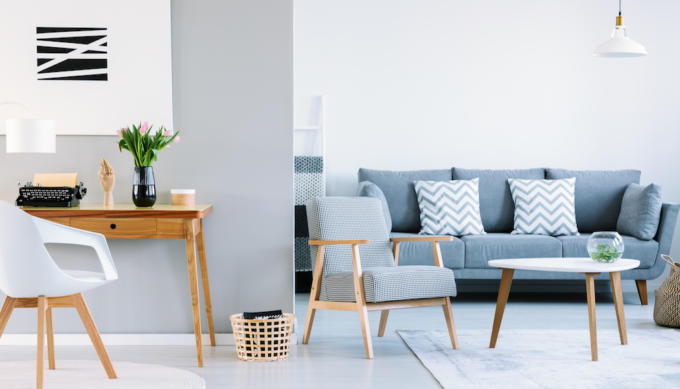 You’ve just bought your first home, or you’re planning to purchase in the near future. You’re likely on a tight budget, but that doesn’t mean you have to sit on milk crates or sleep on a mattress on the floor. It just means you have to get creative about where to shop for your fashionable finds. Here are seven great places to find fab furniture on the cheap, leaving some money in the bank for those mortgage payments. 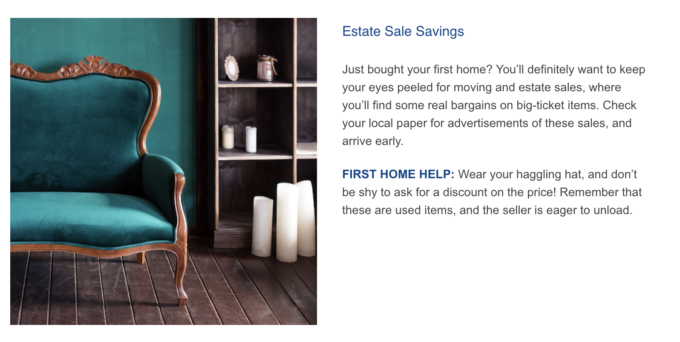 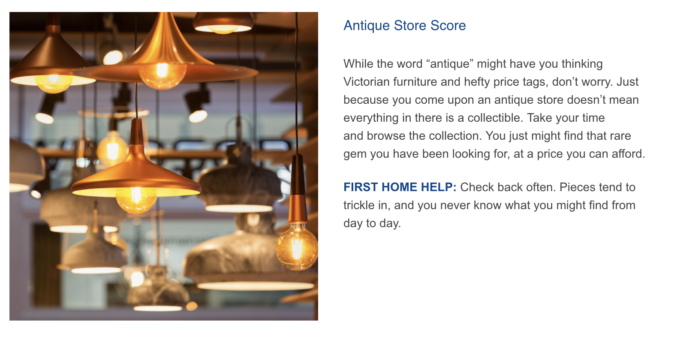 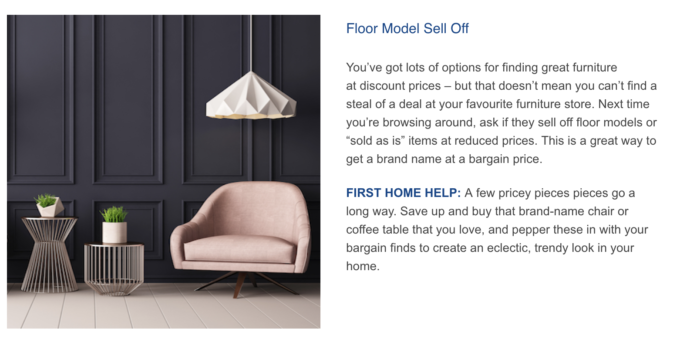 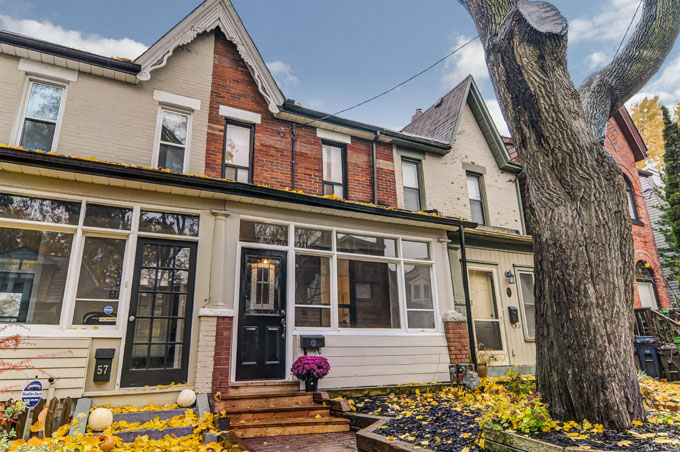 Congratulations to our clients who just sold their wonderful Victorian rowhouse in Leslieville. For more information on this property, please visit www.55Austin.com or give us a call! 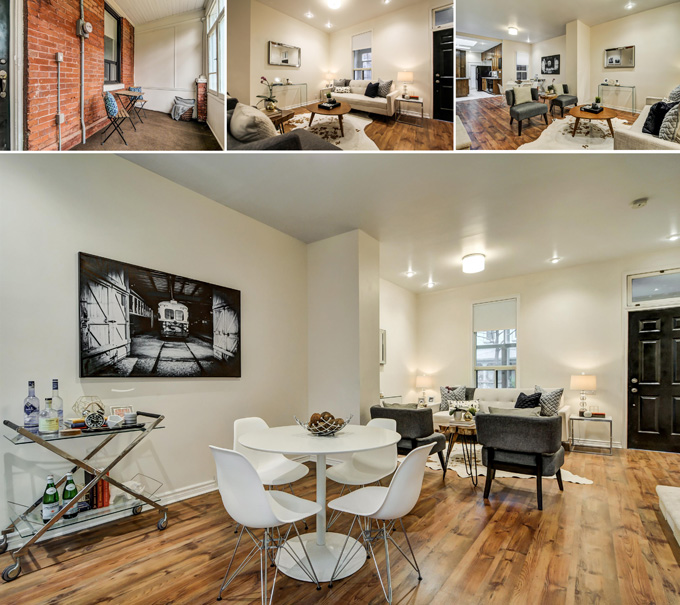 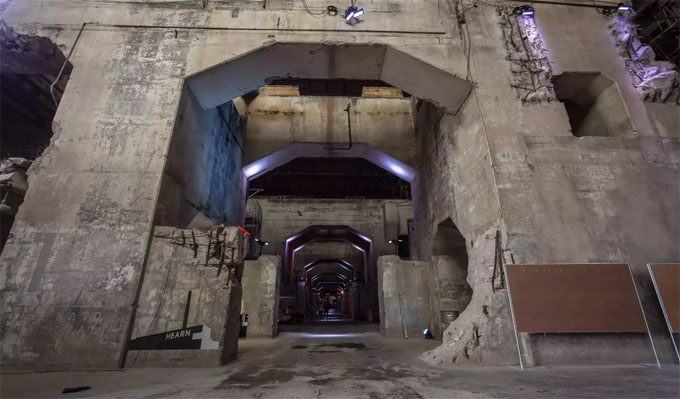 It was only two summers ago that Toronto’s long-abandoned R.L. Hearn Generating Station burst back into life for the 10th anniversary of Luminato.

Thousands flocked to the decommissioned power plant, which was shut down in 1983, for 10 days of wild art installations and performances in a specially built 1,200-seat shipping container theatre.

Those lucky enough to score tickets got to dine in the generator’s old control room, which had been transformed into one of the coolest French restaurants Toronto had ever seen for the occasion. 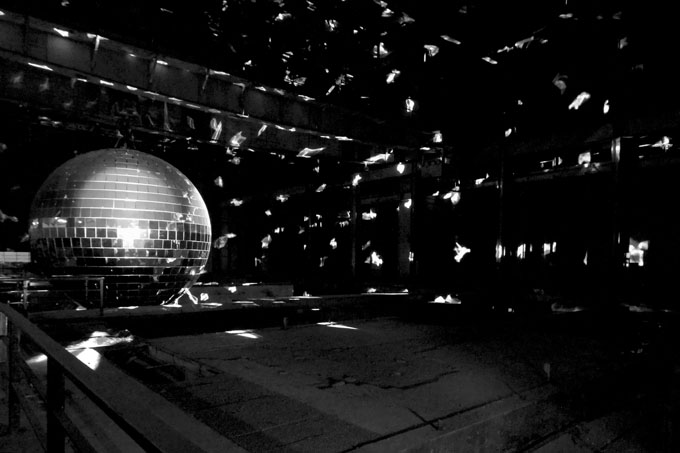 Simply stepping into the massive, hollowed out heritage building — an iconic fixture along the skyline Toronto’s eastern waterfront — was enough to thrill most people, and for good reason.

The Hearn is spectacular, inside and out, and many in the city had hoped to see more huge-scale, public events staged there (you know, after the building was brought up to meet the safety standards of Toronto Fire Services). 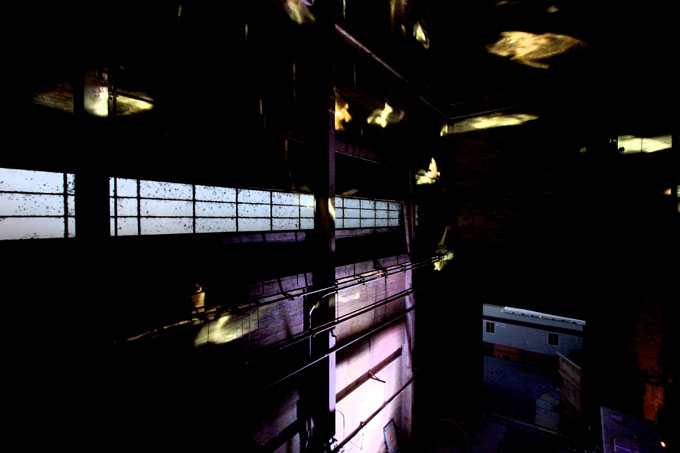 The provincially-owned Ontario Power Generation (OPG) announced this week that has sold sold the entire site, which produced electricity from 1951 to 1983, to Studios of America Corporation for $16 million.

Studios of America, which had been leasing the property from OPG since 2002, maintains the Unwin Avenue property as an “enclosed feature film and TV production complex.” 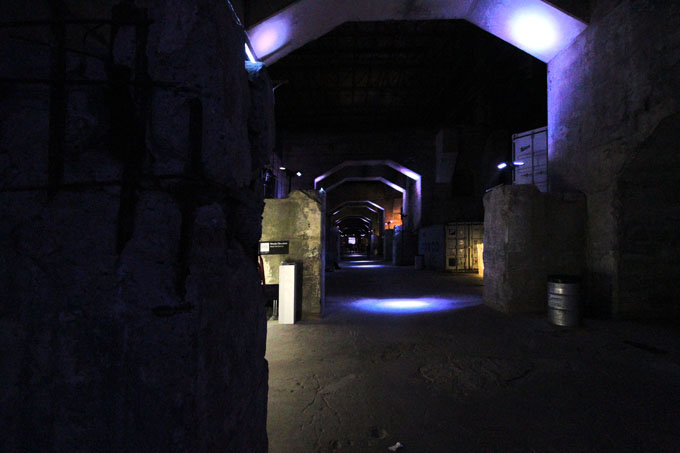 Mayor John Tory and Toronto city councillor Paula Fletcher both told The Star on Thursday that they were not consulted on the sale, or even aware that it was happening.

“This is a sad day for the waterfront,” said Fletcher, who had hoped to redevelop the site for public use.

“This is an iconic landmark building that should remain in public hands and be part of our new waterfront, and, instead, it has been sold for a song.”

So why the fire-sale price?

If you ask OPG, it’s at least in part due to the former coal-burning site’s status as a heavily contaminated industrial brownfield (though other, more nefarious theories are floating about). 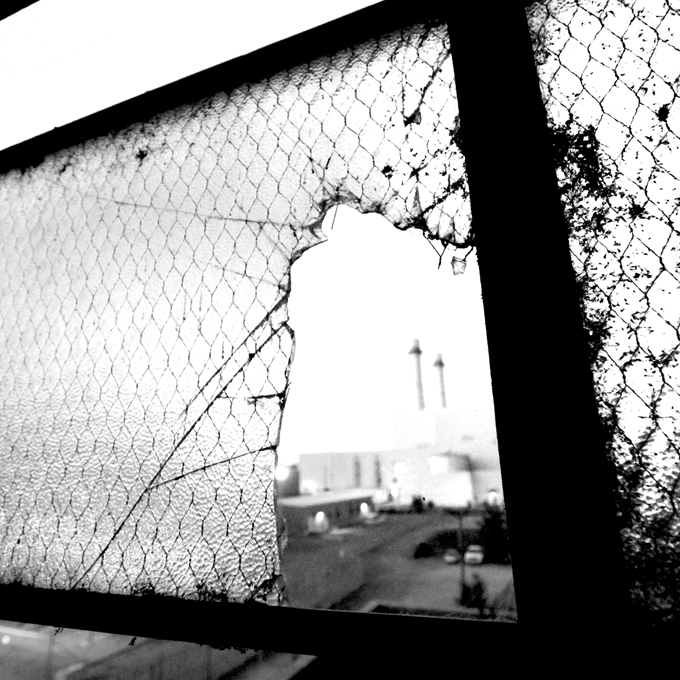 OPG pokesperson Neal Kelly told the star that conditions of the sale included Studios of America not being able put residential or other “sensitive uses” on the site within 15 years. The company is also forbidden from reselling the Hearn within three years.

Disappointed as the city may be, its possible that Studios of America will still rent the space out for special occasions.

“The studio lot is located on a strategic 27.6-acre parcel of Toronto waterfront land with direct multi-modal road, rail and water access,” reads President Paul Vaughan’s Linkedin profile in a description of the company.

Built in 1895, this Victorian home has so much to offer. The original brick front exterior and nicely landscaped front yard offer fantastic curb appeal. The indoor front porch is filled with natural light and is a great place to enjoy your morning coffee.

The main floor is spacious with an open concept floor plan, new flooring, new fixtures, pot lights and large windows. The kitchen features a centre island and plenty of cabinetry as well as two skylights and a layout that’s perfect for entertaining. There is also a walk out to the large back deck and yard – ideal for Summer barbeques.

The third level is a wonderful space featuring another large bedroom with a skylight, a walk in closet and even enough room for a home office or sitting area.

The lower level has been recently updated with a modern floating staircase, new flooring and a newly renovated washroom. There is also a laundry area and a separate room for storage.

The impressive backyard is fully fenced in and features a large deck as well as a lovely garden. There is also potential for the convenience of parking off the laneway by removing or repositioning the back fence.

This home is ideally situated on a quiet one-way street in the sought after neighbourhood of Leslieville. A short walk gets you down to all of the fantastic shops, patios and restaurants along Queen Street East. You can also head up to Gerrard Street East and enjoy all of the wonderful new bars and restaurants that have opened up in recent years.

What a beaut! This awesome 2 level loft in 150 East Liberty Street – Liberty Place has sold. Congratulations to our wonderful client and the buyer who will surely love this loft for years to come! 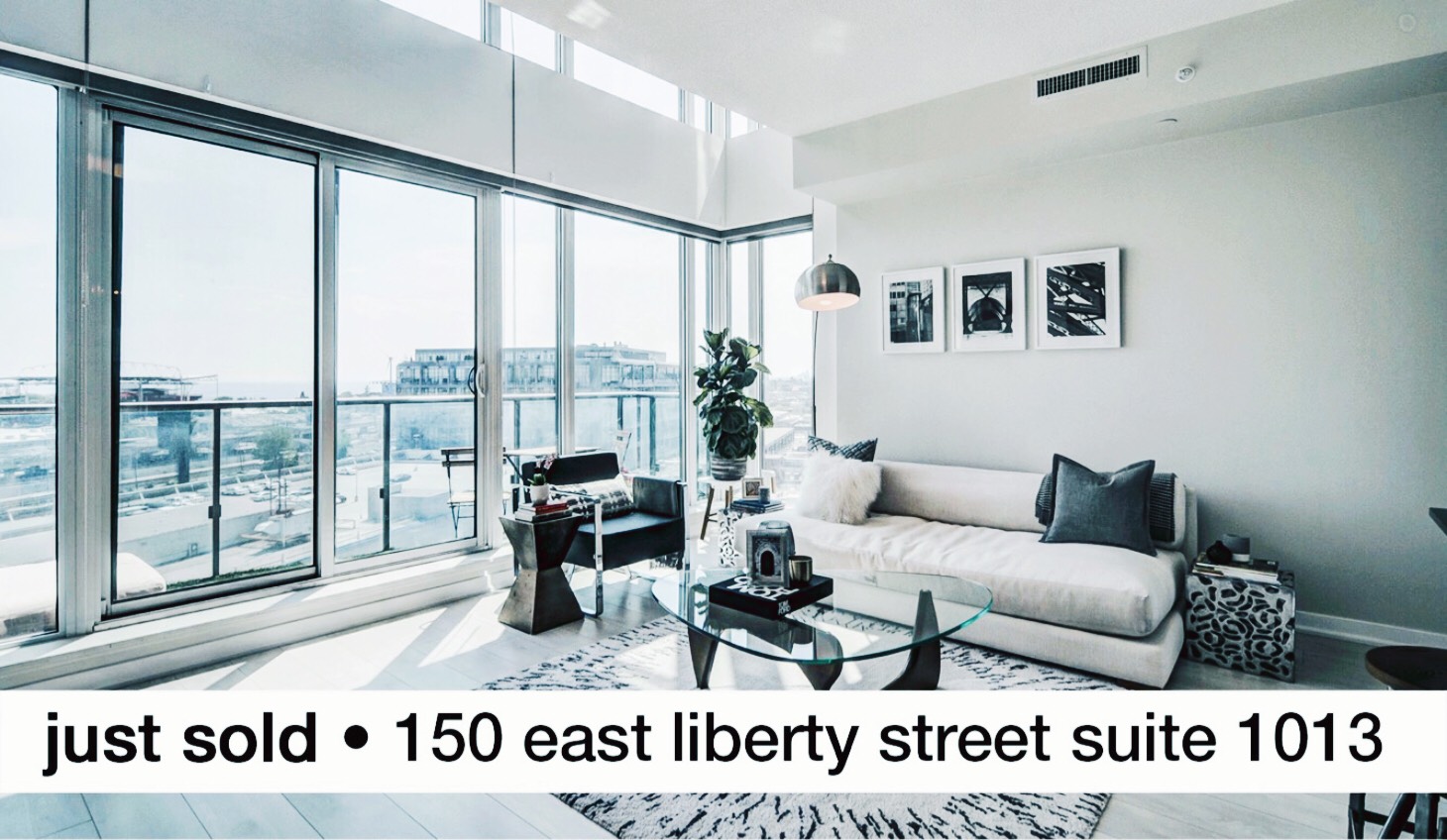 This two level condo is truly special with ample space for entertaining. The main level features a large front foyer, a beautiful kitchen with modern cabinetry, stainless steel appliances and a breakfast bar. The open concept living and dining area is spacious and filled with natural light.  This space features a walk-out to the large south facing balcony where you can enjoy views of the lake and Liberty Village. There is also a powder room conveniently located on this level.

The second level includes a large den that is ideal for a home office.

The den leads into the spacious master bedroom which offers the same south facing views as the main floor. This level includes large closets and a wonderful master ensuite, plus the convenience of a laundry closet with a stacked washer and dryer.

This beautiful condo at 150 East Liberty Street is situated in the heart of Liberty Village.

The Village offers many great shops, restaurants, patios and bars all within walking distance. Underground parking is also included. This location allows for a quick drive to the financial district, the waterfront or to the Gardiner Expressway if you’re headed out of town for the weekend. Liberty Village is just minutes away from Toronto’s Entertainment District and world-class sporting venues such as Scotiabank Arena (formerly Air Canada Centre), BMO Field and Rogers Centre.

The amenities include a party room, fitness faciities and guest suites. Floor by floor, Liberty Place offers more with their lifestyle amenities. Two floors, dedicated to everything from working out to a detoxing steam, partying to escaping in a new book or surfing the net. The spaces are well-designed with comfort, convenience and your lifestyle in mind.

437 Roncesvalles Avenue Suite 509 is a spectacular two level loft with two bedrooms and two washrooms. The floor to ceiling windows allow light to flood into the home with almost 11′ ceilings on both levels! The west facing terrace offers tree top views and High Park is just a short jog down the street. Our buyer clients knew that this was their perfect new home. 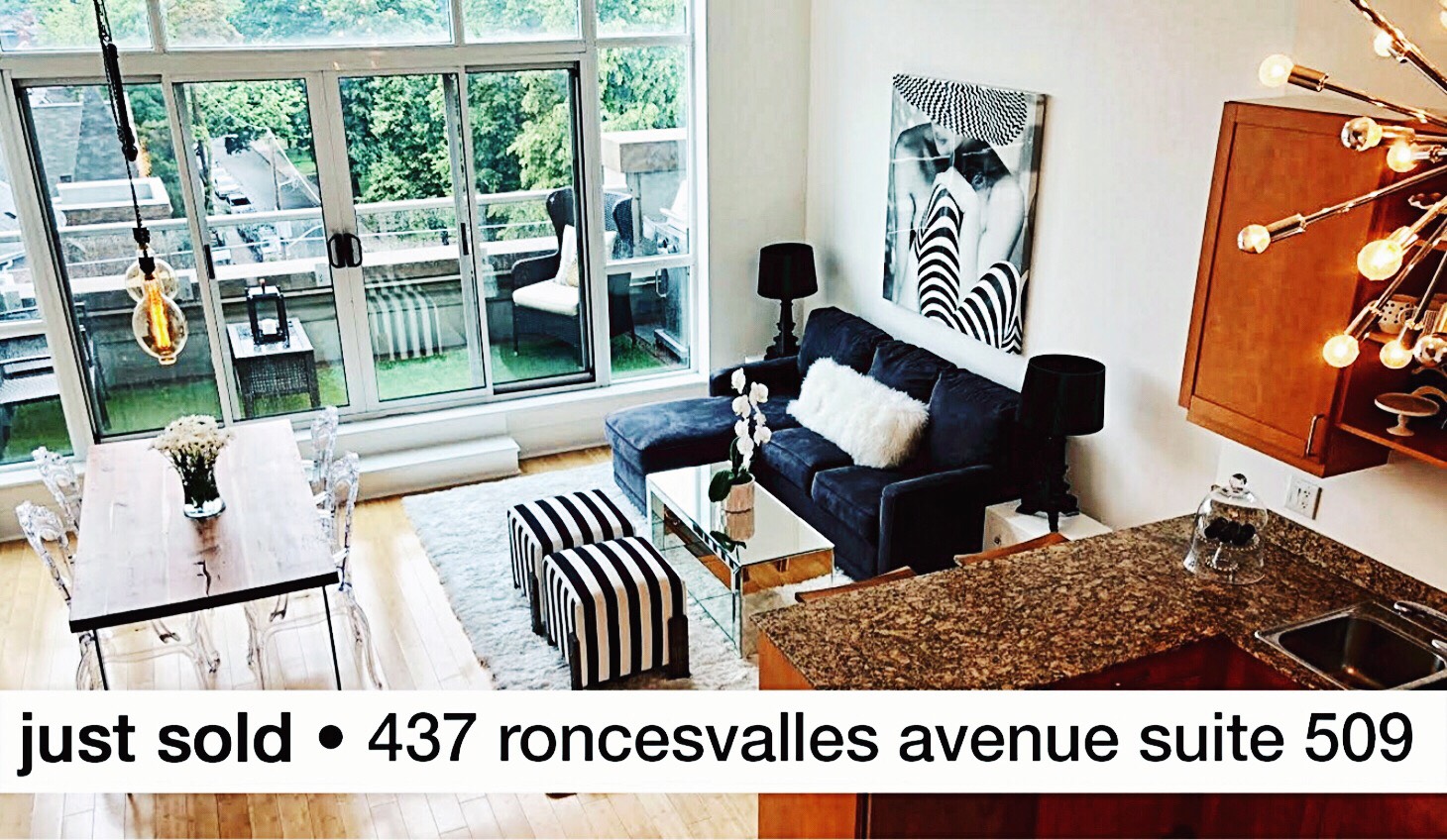 Congratulations to our wonderful clients on the sale of their beautiful townhome! In less than one week, 122 Glen Manor Drive, Townhome 4 saw a whirlwind of showings and two open houses. We’re excited for our clients to begin the next chapter in their lives, and for the buyers to enjoy their new home in Toronto’s Beach Village – just in time for summer! 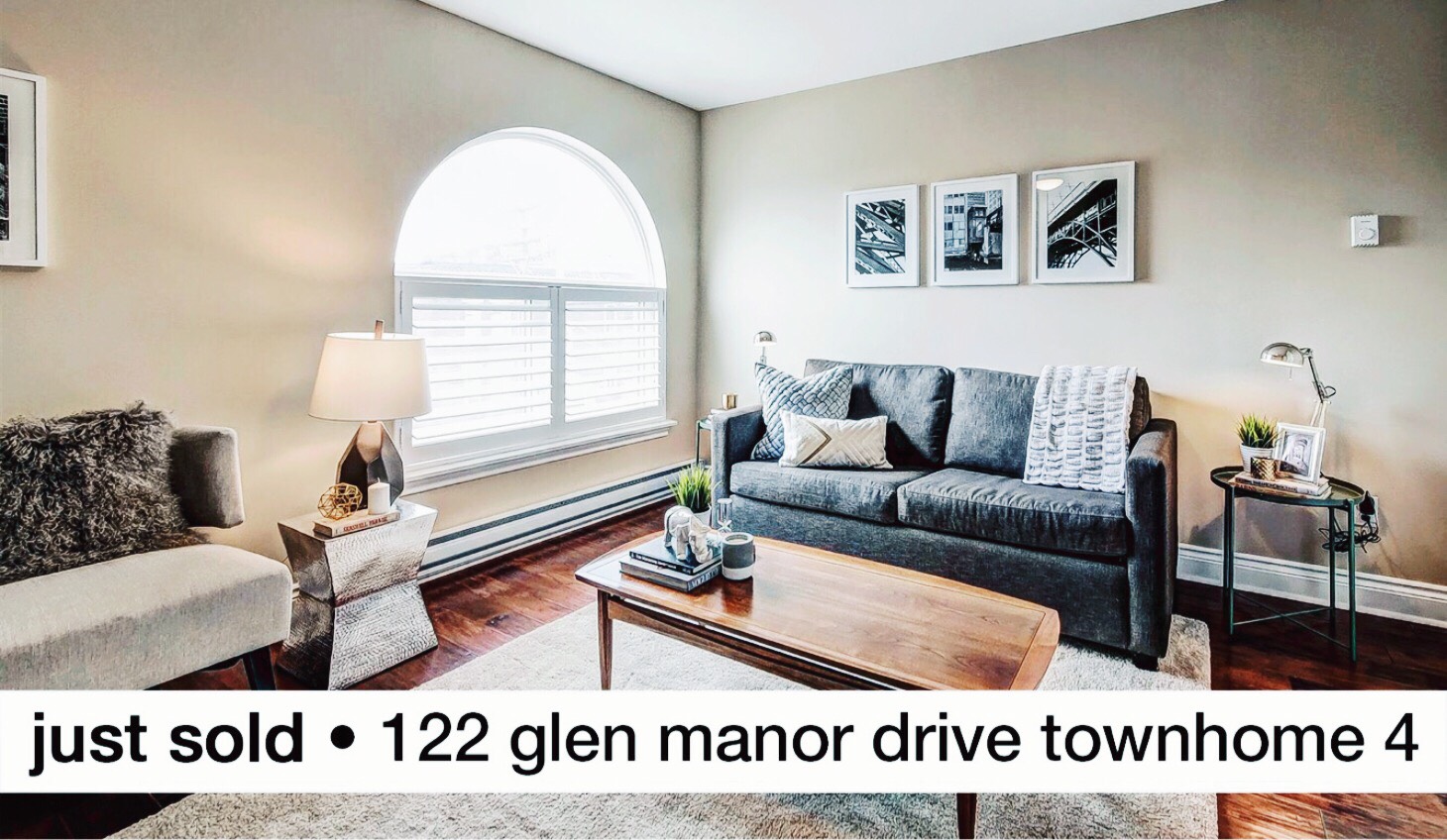 Townhouse Four of 122 Glen Manor Drive was completely renovated in 2015. It is part of a small secluded enclave of executive townhomes ideally located in the heart of the Beach. Truly an excellent location, steps to the boardwalk, bicycle path, parks, restaurants and neighbourhood shops. This townhome also enjoys lake views under the arbour of stately trees on Scarboro Beach Blvd.

A private brick courtyard with interlocking brick and lovely plants enhances the entranceway and welcomes guests to this exceptional home.

The front door opens to a foyer and a glimpse of the most stylish kitchen one could imagine. It is bright and airy with lovely views of the courtyard. It features an expanse of Quartz counters, beautiful cabinetry, a Farmhouse Apron sink with attractive open shelving, a pantry, stainless steel appliances and built-in laundry.

The flow of the main floor of 122 Glen Manor Drive, Townhome 4 is excellent for entertaining and is enhanced by classic California shutters on all windows and glass doors. Both the dining and living room spaces are generous and feature gorgeous wide plank flooring. This area is warm and comfortable with a delightful wood burning fireplace and a walk out to the south facing balcony. The large south facing windows ensure abundant sunshine and it is so easy to relax and enjoy a pleasant breeze from the waterfront.

A nicely finished staircase leads to the second level which is bright and sunny with three skylights, two spacious bedrooms and two beautifully renovated full baths. The flooring and California shutters, including the skylights, are continued on this level offering a nice consistent flow. The master bedroom overlooks the courtyard and features a sitting area and a double closet.

Lake views can be enjoyed from the second bedroom and the semi-ensuite bath is finished with style and offers a soaker tub for relaxing at any time.

Everything in the community is a short stroll from this picture perfect urban home, 122 Glen Manor Drive, Townhome 4. It is easy to be inspired to walk, jog or bicycle when living so close to the boardwalk and bicycle path. The shops and restaurants are abundant and close at hand as is the public transit for quick commuting to the downtown core.

Enjoy the ease of condo living in a special community, just minutes from the waterfront in our amazing cosmopolitan city!

Sold in less than one week.

92 Oakvale Avenue is a beautiful brick 2 and a half storey home with a view! Our buyer clients saw the potential in this home with an excellent location on a dead end street. 92 Oakvale Avenue offered original character details, such as an operational coal burning fireplace, hardwood flooring throughout, 3 bedrooms, and 1 washroom. Its location within walking distance to restaurants and shops on the Danforth – plus Left Field Brewery close by made this home the one. 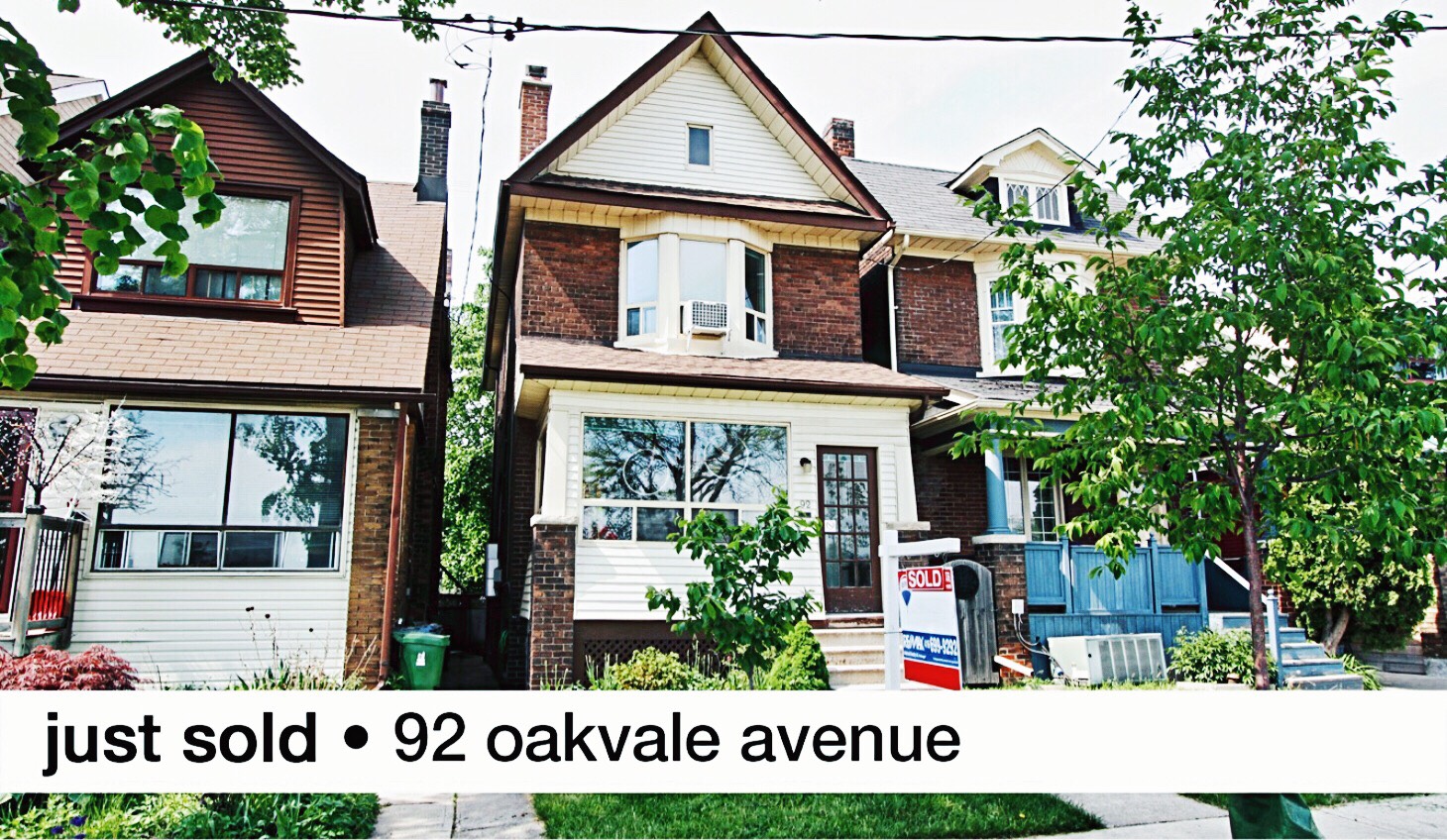 When our buyer clients walked into 38 The Esplanade Suite 1210, they knew that they were home. This stunning corner suite is one of a kind featuring floor to ceiling windows, two bedrooms, two washrooms, and an over-sized balcony! Being located within walking distance to St Lawrence Market and the Distillery District guarantee that our clients will love their new home. 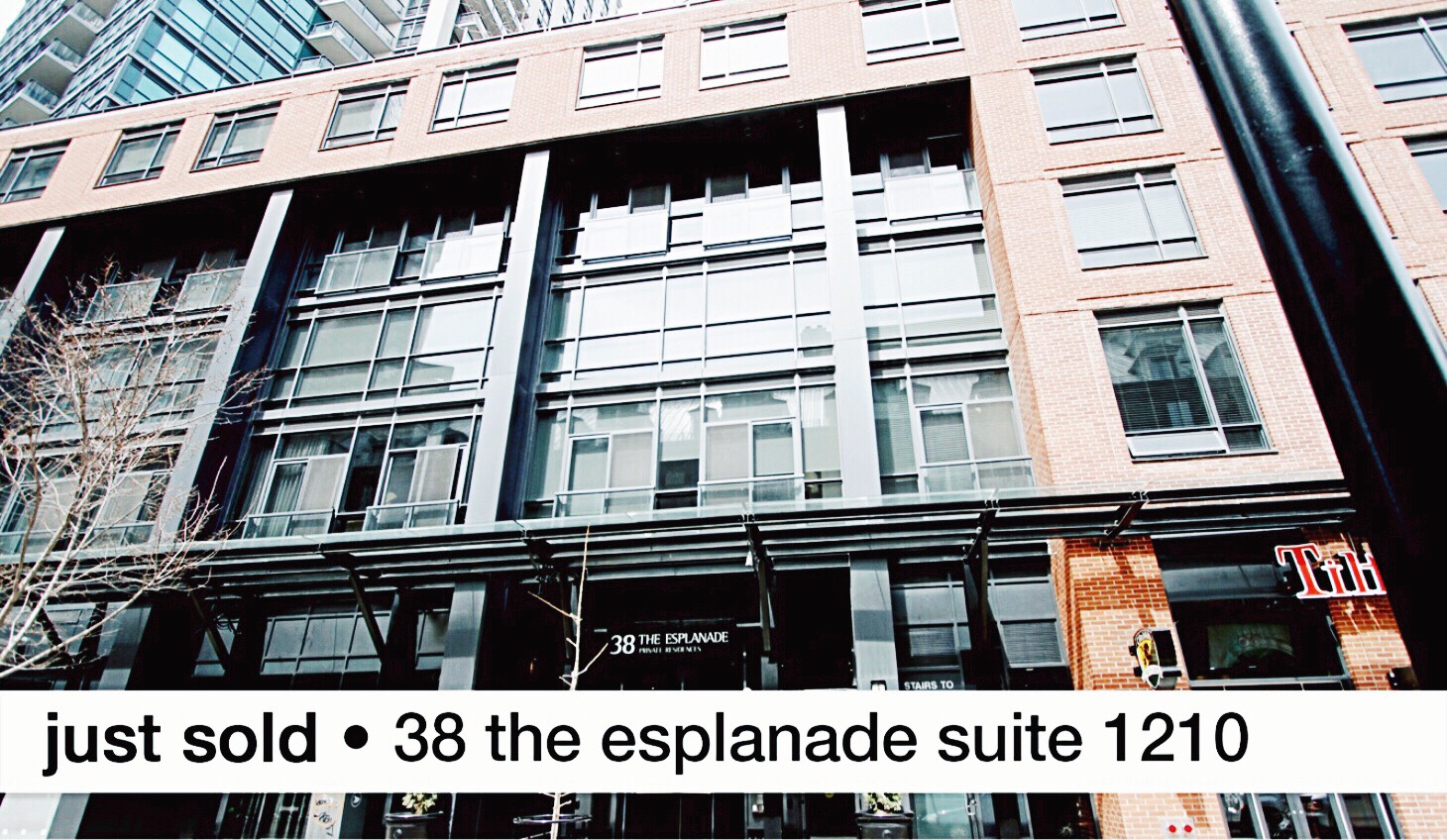 Sold over asking in TWO days!

We’re so happy for our awesome clients who sold their one bedroom plus den, top floor suite in only two days! 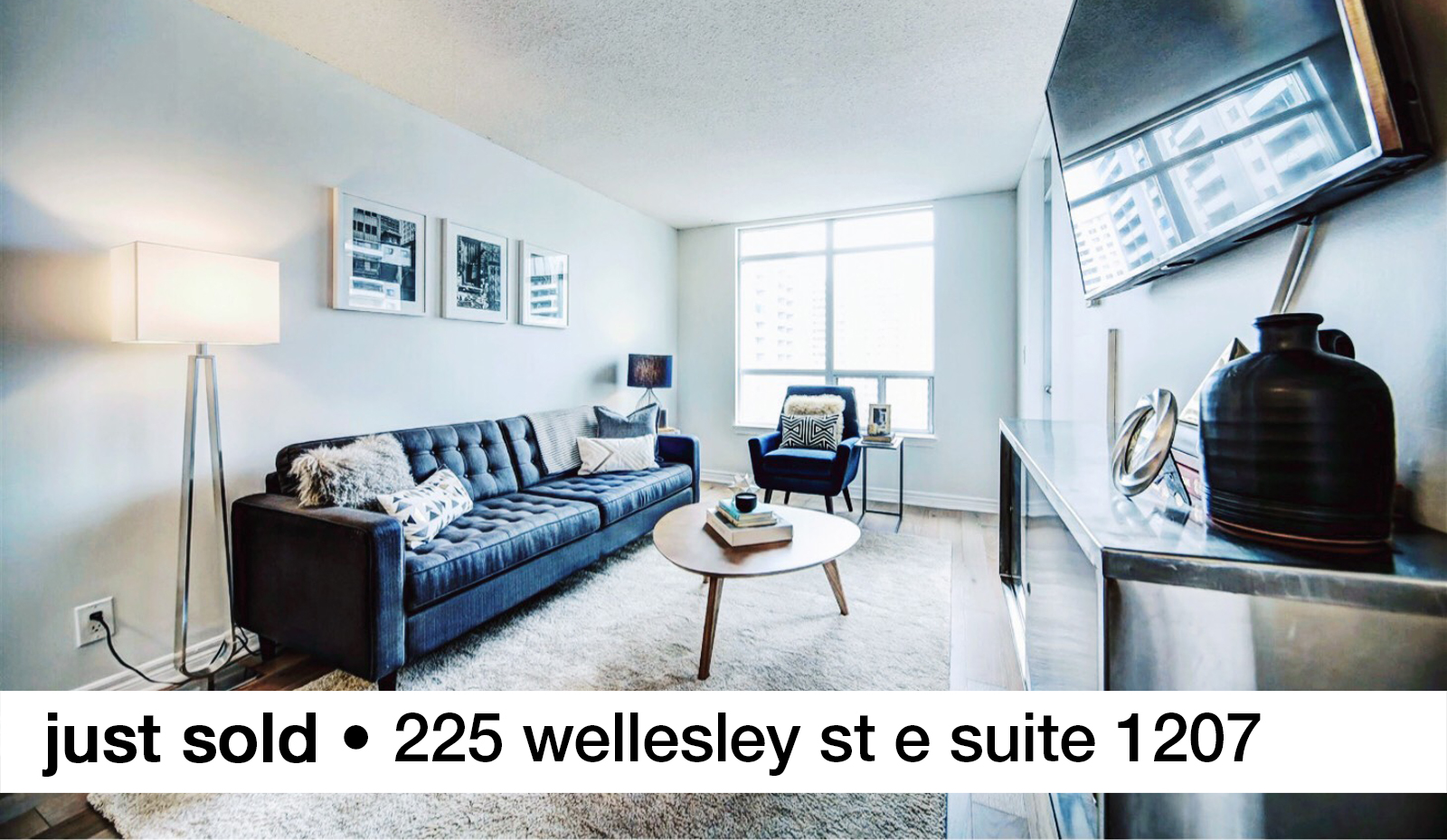 Upon entering the suite you are immediately impressed by the open and airy floor plan, the attention to detail and the quality of finishes.

The living room is filled with natural light with large windows and a walk out to a private balcony. The living space, kitchen, master bedroom and den feature brand new engineered hardwood flooring for a seamless look.

The spacious den is ideal for a home office and could also be used as a media or guest room to suit your needs.

The 5 piece ensuite washroom is lovely featuring a full size bathtub and a separate shower. There is an additional powder room which is perfect for guests! Both washrooms feature brand new vanities for a fresh and modern look.

The outdoor space is incredible. The private balcony provides enough space for a patio set to enjoy your morning coffee or a nice dinner on a warm summer evening.

Take a quick trip up one floor to the sprawling roof top terrace to enjoy barbequing while taking in impressive views of the downtown skyline!