Do you know who pays your real estate agent?

We’ve recently had this discussion with buyers and feel that it’s important to fully understand the buying and selling process. We’re completely transparent in our process and aim to fully educate our buyers and sellers to ensure that they’re comfortable throughout every transaction. Reach out if you have any questions! Who pays your real estate agent? Apartment Therapy outlines the process below: 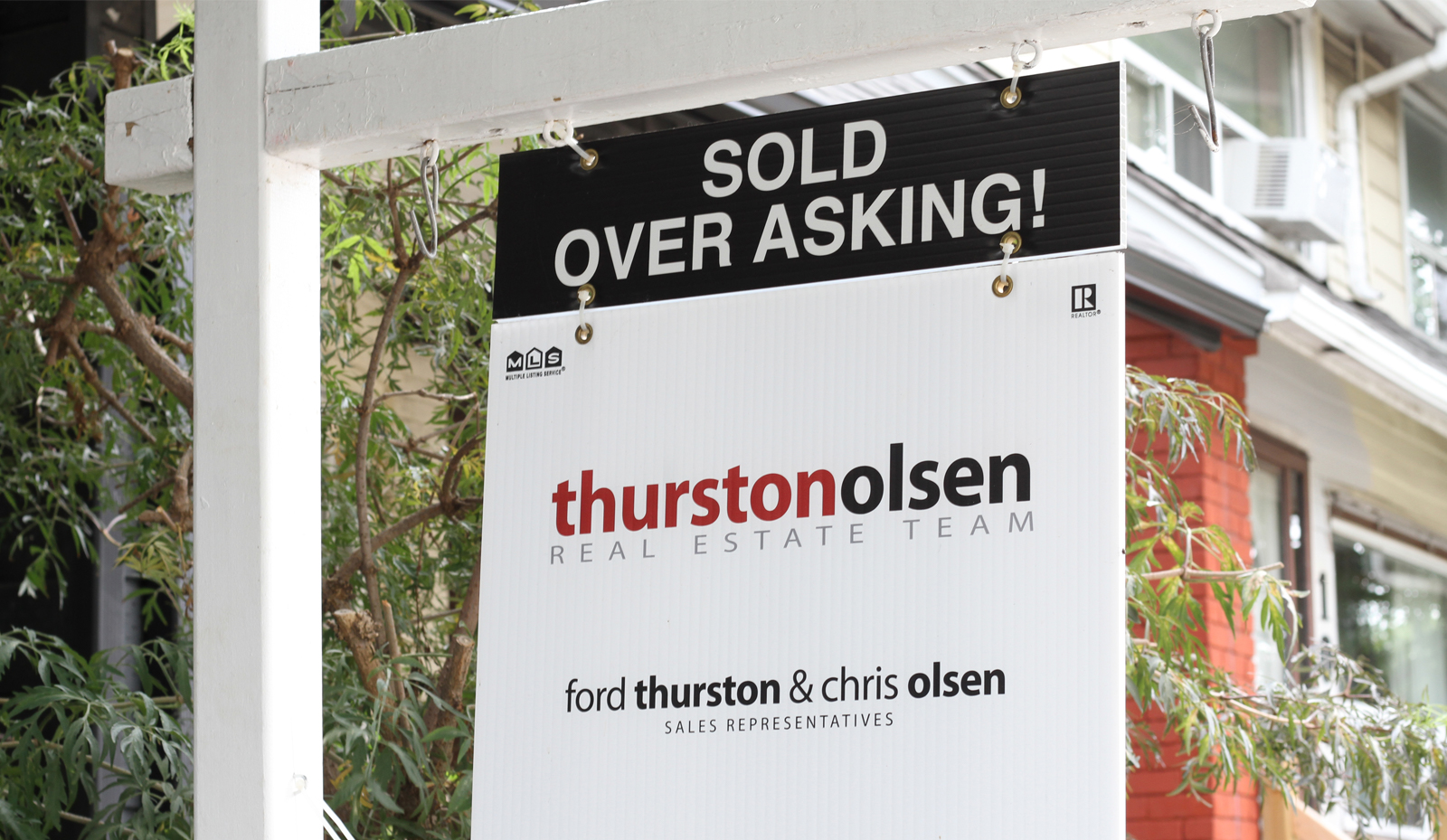 It’s likely you haven’t really thought about this ever. For expediency’s sake, the answer is “the seller.” Yes, the seller pays their listing agent and the buyer agent’s commission.

And if that isn’t what you thought, you’re not alone. Just in the past month, I’ve seen two surveys showing that this is a common misconception. The first was in a new report from Clever Real Estate, an online platform that connects buyers, sellers, and agents. They did a recent survey, asking 1,000 homeowners selling their houses in 2019 a couple of questions about the home selling process. One of the questions they asked was, “In most real estate transactions, who pays the buyer’s agent commission?” Almost half (45.5 percent) responded that the home buyer did.

Side note: It’s a little weird to think that people who once bought a home didn’t know that they didn’t pay their buyer’s agent. But that might be because closing costs are so expensive and include so many fees, buyers just assume that their agent’s commission is somewhere on that closing statement.

“I think it’s one of those willful amnesia things, where you kinda forget how it all works and then are surprised by having to pay for both,” posits Dabney Frake, our Projects editor who recently went through the selling process.

So just why do people not know this? Maria Koziakov, a real estate agent with Luxury & Beach Realty in St. Petersburg, Florida, says that most people know that real estate agents work on commission and that someone has to pay that commission. But, just like other things in life, most will assume the one seeking representation (e.g. hiring an agent) will be the one to pay for it.

But in real estate, it works a little differently. The seller pays because they’re the ones who are actually hiring their agent to sell their house: “The listing agent and the office are truly hired,” Koziakov says, meaning that there is an actual contract signed when one works with a seller’s agent. The contract, known as a listing agreement, specifies the commission, any fees, and the time period.

The more you know!

Urea formaldehyde foam insulation is injected as a mixture of urea formaldehyde resin, an acidic foaming agent, and a propellant, such as air. It was commonly used in existing houses by injecting the foam into areas, such as behind walls, where it was impractical to provide conventional insulation. The insulation was approved in Canada for use in exterior wood-frame walls only. It has a reasonably good R value (thermal resistance). Some formaldehyde gas is released during the on-site mixing and curing. Formaldehyde is colorless, but has a very strong odor, which can generally be detected at concentrations above one part per million. It is this by-product of the curing of the foam that became a controversial issue.
Formaldehyde is both a naturally occurring chemical, and an industrial chemical. It is found in dry cleaning chemicals, paper products, no-iron fabrics, diapers, pillow cases, the glue in particle board and plywood, cosmetics, paints, cigarette smoke, and the exhaust from automobiles, gas appliances, fireplaces, wood stoves. It occurs naturally in forests and is a necessary metabolite in our body cells.

Ambient formaldehyde levels in houses are typically .03 to .04 parts per million. By comparison, typical levels in the smoking section of a cafeteria are 0.16 ppm. Houses with new carpeting can also reach these levels.

The rate at which formaldehyde gasses are released from materials into the air depends on temperature and humidity. The higher the humidity levels and the higher the temperature, the more gas is likely to be released.

In the United States, the Consumer Product Safety Commission banned the sale of UFFI in the United States in 1982, and shortly thereafter a law prohibiting the sale of urea formaldehyde was enacted. In April 1983, the U.S. Court of Appeal struck down the law because there was no substantial evidence clearly linking UFFI to health complaints. UFFI is not widely used in the USA today.

UFFI was not a do-it-yourself product. The foam was machine mixed on-site, and injected into wall cavities where it expanded to fill the cavity. Like many new and fast growing industries (particularly those supported by government grants), workmanship and quality control were often less than perfect.

One of the first problem cases involving formaldehyde was in the United States. This involved an extremely air-tight and poorly ventilated mobile home, apparently with a poorly-mixed, half-formed UFFI. This started to raise government suspicions about the insulation. (In other mobile home studies, any elevated levels of formaldehyde were traced to the panelling or carpets, not UFFI.)
A laboratory study which produced nasal cancers in rats that were exposed to high levels of formaldehyde, increased the concern. Following some press releases and cautioning by authorities, a number of home owners began to report problems that included respiratory difficulties, eye irritation, running noses, nosebleeds, headaches and fatigue. Very quickly, fear and suspicion led to the conclusion that a problem must exist. Few issues have stronger impact than a potential health concern, especially if the suspected cause is new, poorly understood and widely used.

In the case of UFFI, the uneasiness and uncertainty were especially difficult to fathom or control, since the material was hidden from sight, and the reported symptoms were identical to those often experienced in our heated, dry indoor air.

Although there were no substantiated problems clearly attributable to the foam, urea formaldehyde foam insulation was banned as a precautionary measure. Research was initiated to evaluate the problem, and to determine what should be done.

No one knew exactly how many homes had UFFI, and it was often difficult to find out whether a home had UFFI. The problem was further complicated by the fact that the foam was often used somewhat inappropriately in walls of solid masonry houses, in attics, in cavities where freeze-up of pipes had occurred, and even as an acoustical insulation in party walls in row houses, and in the ceilings between the first and second floor of the house.

The fears of cancer and other health problems were only the beginning of the story. These fears caused a reduction in the value of real estate. The costly “remedial” measures and the long term stigma attached to UFFI houses became a marketplace reality because of the perceived health problems.

The federal government set guidelines for reducing formaldehyde levels in houses, and removal techniques were specified. The initial threshold level set for formaldehyde gas was 1.0 part per million (ppm). As testing methods improved, the level was brought down to 0.5 ppm and, eventually, 0.1 ppm. The threshold level became very conservative, indeed.

A court case which eventually set records was initiated in Quebec, in which the claimants accused the federal government, manufacturers and others of bringing a dangerous material to the market.

Those charged with the task of designing and refining remedial measures set out to find the worst cases to test their theories, but they encountered an unexpected problem. They couldn’t find any UFFI insulated houses with formaldehyde gas levels above 0.1 ppm, let alone 0.5 ppm or 1.0 ppm. Even in the few houses that tested at levels approaching 0.1 ppm, these results were rarely duplicated in subsequent testing.
It became known that the levels of formaldehyde decrease rapidly after the foam has been installed. Within several days of the application, formaldehyde levels typically return to ambient house levels.

As the body of information grew, it became clear that finding a single house that exceeded this very conservative threshold level was going to be a challenge. In fact, in reviewing several thousand files, not one house was found with levels of formaldehyde which remained above 0.1 ppm! The highest levels were found in homes with brand new carpeting which were tested on a hot summer day. The same house tested two weeks later showed levels typical of any house, with or without UFFI.

The presence of UFFI does not affect the amount of formaldehyde in the indoor air. Indeed, while not statistically significant, the homes tested were found, on average, to have formaldehyde levels slightly below that of homes of similar ages without UFFI.

In a study in Britain, people who worked in environments with high formaldehyde levels, such as morticians and laboratory technicians, were studied for possible health effects. These subjects were found to have a less than average number of respiratory diseases, and actually lived slightly longer on average, on the whole. (Again, while this may not be statistically significant, it suggests that low levels of formaldehyde are not harmful.)

A number of studies have been done examining the health effects of UFFI. Studies using random samples of UFFI and non-UFFI homes done before the ban showed no impact of UFFI on health. However, studies done after the ban showed increased reporting of symptoms, even for such things as constipation and deafness which have no biological basis.

When no correlation could be found between formaldehyde gas and health problems, other possible problems related to UFFI were investigated. mold and fungi, dust mites, and un-named “UFFI gases” were all investigated as possibilities. None were linked to UFFI. There was no damage to house framing or materials caused by UFFI.

UFFI is one of the most thoroughly investigated, and most innocuous building products we have used. After the longest and most expensive civil case ever held in Canada (eight years) was concluded in the Quebec Superior Court, not only was no basis for a settlement found, but the plaintiffs were obliged to pay most of the costs.
The conclusion to be drawn from all this is that urea formaldehyde foam insulation has not been shown to be a health concern.

It is not the purpose of this paper to determine why or how all of this controversy arose without any proof. Suffice to say that people with the best intentions were working in the public interest, and perhaps erred on the conservative side. In retrospect, although the results were unfortunate, we would hate to think that people responsible for the health of consumers would err on the other side.

We believe that those who have urea formaldehyde foam insulation in their homes should enjoy their houses, and sleep well at night. It is the sincere hope of the authors that the market place will respond appropriately. The owners of properties with this type of insulation should not be penalized financially, and no stigma should be attached to these homes. We would further urge real estate associations and boards across Canada to consider dropping the UFFI clause from purchase contracts. Similarly, we would ask mortgage lenders not to penalize those who have UFFI in their homes. UFFI is simply not the problem it was once feared to be.

While we do not believe UFFI to be a problem, other household materials and products can produce formaldehyde, and other air pollutants for that matter. If you suspect your indoor air quality to be poor, there are Environmental Consultants listed in the Yellow Pages of your phone book, often in the Business and Industrial section.

By: Alan Carson Carson, Dunlop & Associates Ltd. and John Caverly, Building Inspection Consultants & Associates.
The purpose of this paper is to provide home owners and home buyers with the facts, and some guidance, concerning the use and safety of urea formaldehyde foam insulation (UFFI).
SOURCE: CARSON DUNLOP