The housing market in Toronto has been stabilizing over the course of the third quarter, following a sharp drop in the first two quarters after the implementation of various government regulations. Gradual improvements in prices since the second quarter with increased sales activities in suburbs, fall in Toronto and inventory increase in both areas. The housing market is becoming TIGHTER as the number of NEW (not re-list) listings across the GTA dropped in September, while home sale prices climbed compared with a year ago. 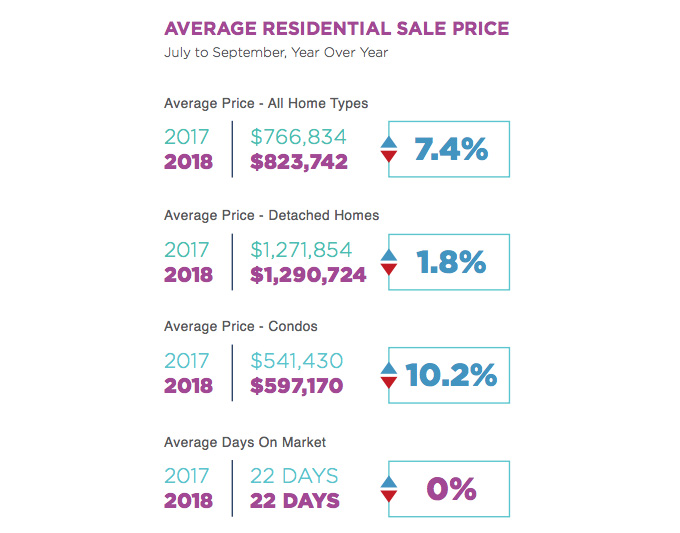 Overall the City of Toronto maintained a healthy growth of 5.2% in the third quarter while almost every suburb region with the exception of Mississauga, had price declines compared to 4 the same period last year. 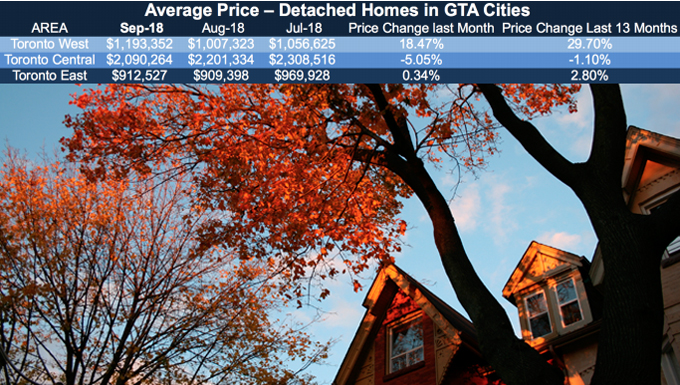